Friday, December 14, 1923, Rev. M. H. Hutchins, Bro. Dave Carroll, Sister Mary Carroll and Sister Emma Anderson initiated a Christian fellowship which was examined by the Old Orange Hill Missionary Baptist Association and found to meet criteria, as set forth by the Holy Bible and the Hiscox Directory, for a Missionary Baptist Church. The officers of the affiliated association were Rev. W. S. Drayton, Sr., moderator; Rev. Bowman, secretary; and Rev. W. R. Walker, field missionary, Rev. Hutchins became the first pastor of the church.  The first congregation was housed in a wood frame structure located at the corner of Eleventh Street and Mercedes Avenue, with a more substantial structure being erected at the same site in 1929. Other pastors in service between the years of 1923 and 1929 were: secondly, Rev. Willis Cady; thirdly and fifthly, Rev. G. W. McClinton; and fourthly, Rev. L. J. Flowers. The first deacons of this church were Dea. Clifford Wood and Dea. Willie Drayton; and the clerk was Sis. Lucinda Williams.

Rev. William M. Gipson, the sixth pastor, came to the church in 1929, and under his leadership many wonderful things were accomplished. A frame structure was erected on the site that had been previously purchased by Dea. J. R. Bowers. Armed with new hope of receiving revelation for serving in a more responsible and fulfilling way for the up building of God’s kingdom here on earth, the St. John pastor and congregation moved to the newly built structure at the corner of 10th Court and Cove Boulevard in 1934. An usher board was organized in 1935 with Bro. James Bowers as president, and Bro. P. L. Glover as a member of that first board. Bro. Glover was subsequently licensed and ordained for the ministry under Rev. Gipson. In 1937, a choir was organized with Dea. J. B. Barnes as president, Mrs. Rosa Lucas as pianist, and eleven other member, one of whom later became mother of the church, Mother Josephine Williams. Serving the church as deacons during those years were Deacons J. R. Bowers, J. B. Barnes, Eddie Smith, J.B. Folsom, James Durden, Sr., and Henry Lyles. Pastor Gipson served this congregation for eleven years and died in 1940 while still in the pastorate of St. John. 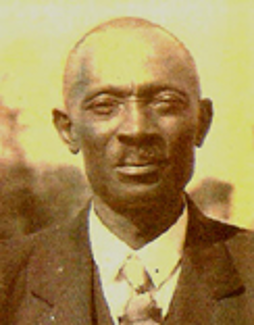 The church, by the grace of God, chose its seventh pastor, Rev. W.S. Drayton, Jr., in 1940, and he remained pastor until 1946. During the administration of Rev. Drayton, a block structure was erected, and he participated in the work physically and spiritually. The youth department became functional during this time, and Choir Number Two was organized by Dea. J.B. Barnes and Sis. Alyce C. Bright.

Rev. T.J. Jones was succeeded by the Rev. L.P. Davis, Sr., as ninth pastor, and he remained in service until 1963. During Rev. Davis’ tenure in office, the basement was partitioned for Sunday School Rooms; pews and runners were placed in the sanctuary; a baptism pool was placed in the lower until; two houses adjacent to the church property were acquired; and two deacons, William Johnson and Louis Williams were ordained. 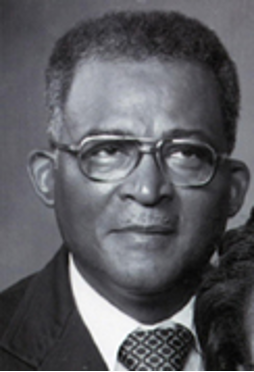 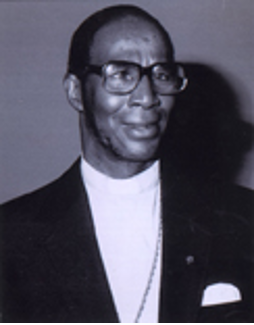 Rev. Jackson E. Jones, our tenth pastor, came to the church January 17, 1964. In his tenure of service in the pastoral office an organ was purchased; the internal structure of the church was reorganized; the church building was completely remodeled; one of the houses owned by the church was modernized and furnished to serve as a parsonage; the male chorus was reactivated; a progressive project was initiated; a Sunday School choir was organized; and nine deacons were ordained- Walter H. Bowers, Jonathan Wilson, Jamie Green, William Tillman, Fred Houston, Sr., Zannie Crawford, James C. Wilson, Ivie R. Burch, Wilson Dossie and Booker T. Lewis. Also, parking facilities were provided; a cornerstone was laid; central heat and air were added; a clerical workroom and two additional Sunday School rooms were added in the lower unit of the church building; runners were placed in the sanctuary; additional property was secured; two young men, Tim Brooks and Rufus Wood, Jr., became ordained ministers with the church’s blessings; a church bus was purchased and later sold; and a building fund program was initiated in September of 1975.

The church parsonage was renovated and relocated; a golden membership club was organized; a teenage choir was organized; and the planning phase for building a new church building was initiated. Planning included a substantial building fund effort, blue prints, and committee authorized to seek funds through lending institutions.

Under Pastor Jackson E. Jones’ leadership, working in concert with Deacon James C. Wilson, the building fund chairman, and the building committee (Fred Houston, Sr., Zannie Crawford, Henry W. Lee, Willie Richardson, Ivie R. Burch, and Straus Douglas, alternate), the plan for the present Church building matured; for on April 12, 1987 at 1:00 p.m., the ground-breaking ceremony was held and the actual construction commenced the following week.  September 20, 1987, the church marched from the old church building into the new church facility. The actual dedication of the new edifice was held November 8, 1987.  After nearly two years of worshiping in the new sanctuary, Pastor Jones expired suddenly on September 10, 1989, bringing to a close twenty-five years and eight months of dedicated services to the membership and to this community.

Rev. James B. Hamilton served as the church’s interim pastor from October, 1989 to February, 1991. Under his leadership, the church continued on a progressive trend, remaining solvent and acquiring additional property. 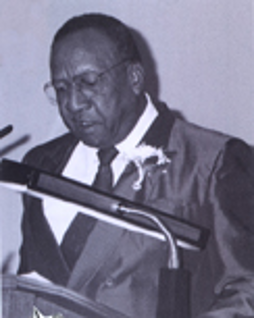 Rev. Bernard Blount was called as the eleventh pastor of St. John Missionary Baptist Church on April 5, 1991, and served the church until January 5, 1992.  In his tenure of service, several organizational changes were made; three deacons were ordained- Fred Peterson, Robert Massalene, St., and Clinton Whitfield, Sr.; one young man, Dana Davis, was licensed to preach the Gospel, with the Church’s blessings; a lawn sprinkling system was installed; a family night was initiated; and the church became dually aligned with the National Baptist Convention and the Southern Baptist Convention, a relationship that the church ended following his tenure as pastor.

Dr. Rory Lanier Bedford was called as the twelfth pastor of St. John Missionary Baptist Church on August 19, 1992, and he began his tenure in the pastoral office on Sunday, August 23, 1992.  Installation services were held for Pastor Bedford on November 15, 1992. During his tenure of service in the pastoral office, the previously owned parsonage was sold; a new parsonage was purchased by the membership; two areas near the baptismal pool were converted into useable space- a ladies lounge and an office; additional office equipment was purchased; five deacons were ordained- Alonzo Keys, Charlie Pryor, Josh Scott, James Harden, and Terrance Cotton; one woman, Sister Meriam Ruth Newsome, was licensed to preach the gospel, with the church’s blessings; the building fund program took a new focus, the early retirement of the church’s mortgage; a church annex was acquired; the outside walls of the parsonage were stuccoed; a new air-conditioning unit was installed; a full-time and a part-time musician were employed; the $400,000+ mortgage on the church was retired in August, 1997; a new van was purchased; a youth minister was added to the staff; a set of drums was added to the music department, the Chestnut property was purchased; and the mid-week prayer service/Bible study took on a greater significance among members.

In addition, the mortgage burning and the laying of the cornerstone took place at the celebration of the 74th Church Anniversary in December, 1997.  In 1998, blinds were added to the baptismal pool and the church’s Diamond Anniversary was observed. Dr. Bedford’s tenure of service ended August, 2000. 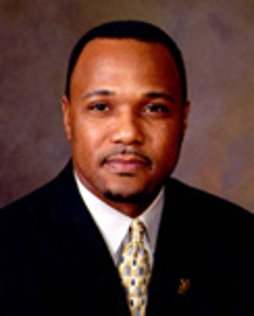 Rev. Delwynn Gerard Williams was called as the thirteenth pastor of St. John on May 2, 2001 and he began his tenure in the pastoral office Sunday, May 6, 2001. Pre-installation activities were begun Monday, July 2, 2001 culminating in the installation of Pastor Williams Sunday, July 8, 2001 under the general theme “Marching Into the New Millennium with Ministry Minds.”  In his tenure, a new telephone system and a new sound system have been installed; and two new vans, a new computer system, a new organ, a Baby Grand Piano, and a new set of drums have been purchased. Other inclusions are a balcony in the sanctuary, a renovated pulpit area, the placement of chairs in the choir loft, the office area enlarged, lighting in the sanctuary replaced, and two classrooms converted to a conference room. The church staff of paid employees has been expanded to include an office administrator, receptionist, minister of music and two part-time musicians. The vestibule has been renovated, a new roof placed on the church, and the décor of the church has been changed. In addition, the church purchased an annex at 1209 East 11th Street, consisting of a three bedroom house facing 11th Street and a smaller unit facing Bay Avenue that later sold for almost double the amount it was purchased. The church initiated a radio ministry on Clear Channel Radio, WEBZ-93.5 and one on AM610 – The Light in Pensacola.

The church has been blessed with the acquisition of additional land sites on Martin Luther King, Jr., Boulevard, Louisiana Avenue, 10th Court and 11th Street which are to be used to enhance the ministries of the church, including the long sought after property next door to the present church sanctuary, the old Triumph building (which was procured by trading deeds after our building the Triumph Church a new $250,000 facility).  Also, electronic equipment essential for initiating a television ministry has been purchased; and a weekly Television Ministry took place on WPGX-TV Fox 28 and Comcast & Knology cable television channels at one time. The church also provides a live stream of all worship services on the world wide web/internet through its website at www.stjohnpc.org.  The transportation Ministry has a 50 passenger Van Hool coach, two 15 passenger Ford Vans, and a handicap van added to its pool of vehicles.

Sunday, November 14, 2010 marked the groundbreaking for an $900,000+ new educational facility on the old Triumph Church property.  Once again, building commenced the following week after breaking ground with the completion of the new Jackson E. Jones Memorial Chapel & Educational Center coming just prior to Pastor Williams’ 10th Pastoral Anniversary Observance in May 2011.  The actual entrance and dedicatory services for the new facility was held Sunday, August 28, 2011 at 7:30am.  Space in the new building was named and dedicated in honor of the 10th pastor, Jackson E. Jones, and two deacons greatly instrumental in our church’s Christian education existence and operations, Henry C. Bailey & Ivie R. Burch.

Monday, February 2, 2015 marks another milestone in the life of our church; as on that date the church paid yet another mortgage in full!!  This time it was the $900,000 payment of the Jackson E. Jones Memorial Chapel & Educational Center and done only 4 years after the building’s completion!!  The Mortgage Burning Celebration was held Palm Sunday, March 29, 2015 @ 3:00PM.